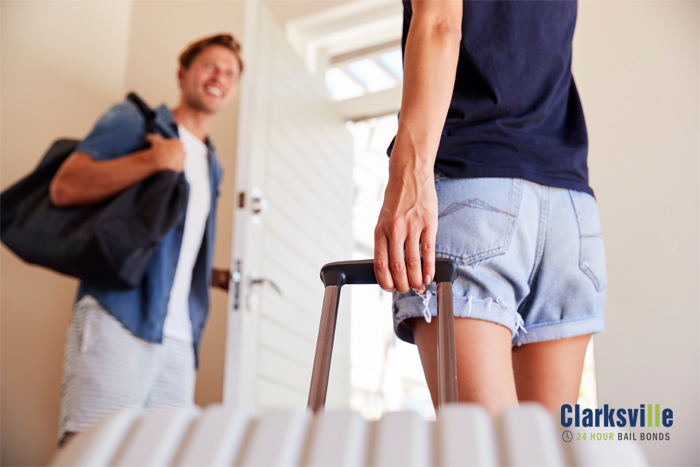 18 Jan Can I Travel While I’m Out on Bail

Being out on bail means that you’re out of jail but it doesn’t necessarily mean you’re free to do whatever you want. How much your life changes depends on the specific restrictions the court has placed on you and your usual lifestyle. For example, if you’re the type of person who usually only goes to work and runs a few errands, you’ll probably find that your life doesn’t change much while you’re out on bail.

On the other hand, if you’re the type of person who hangs out with known criminals, likes to hang out at bars, and frequently leaves town. Your life while out on bail will be drastically different. Most judges will tell you there are some people you can’t associate with until your case has been concluded, if you were arrested for something like a DUI, you’ll probably be told you can’t drink while you’re out on bail. In some cases, wearing a GPS monitor is part of the bail conditions.

We get many questions about what clients can and can’t do while out on bail. The question we’re asked the most frequently is can they travel. It’s not a simple yes or no answer.

No, you’re not allowed to simply leave the county on a whim, but it’s up to the court to decide if you’re allowed to leave at any point. If you have a family emergency or work-related issue that requires you to leave the jurisdiction, you’ll have to contact the court. The judge will look at your case and history and decide if you’ll likely return from the trip. They will also look to see if you have a serious reason for traveling. They probably won’t approve a camping trip, but if it’s a family emergency or work-related issue, they may consider letting you go.

What you should not do is simply leave town without first getting permission from the court and letting the bail bonds agency know what’s going on. Leaving without a word is a violation of your bail and will result in you getting arrested again and having your bail revoked.